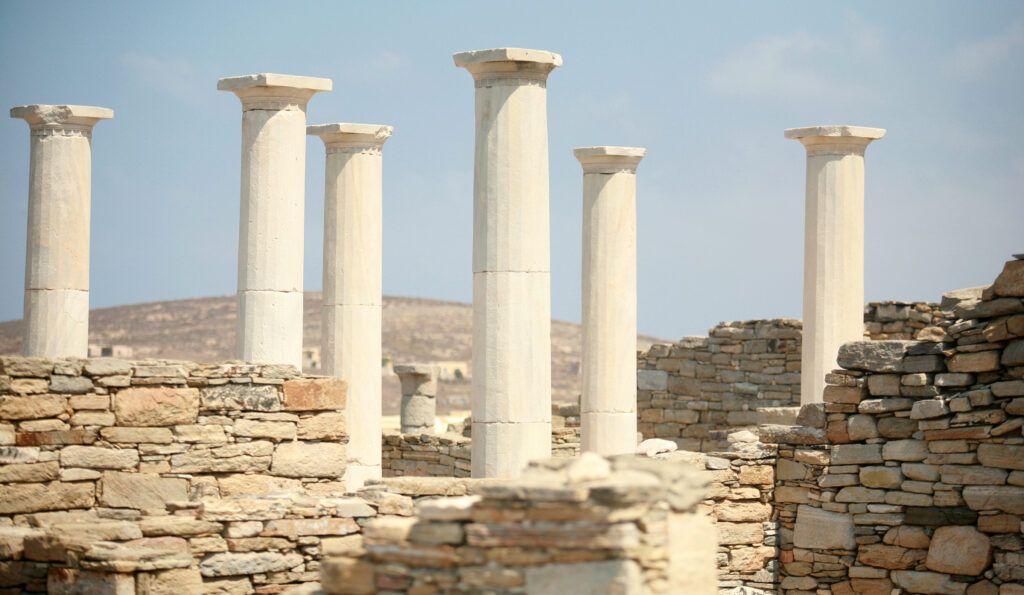 On occasion I am asked how Delos got its name, especially since Ivan and I don’t look very Greek. It was Ivan who decided to name our company “Delos” after visiting the small 1.3 square mile island that boasts a big history. The island of Delos is a part of the Cyclades archipelago, just a few miles away from Mykonos to the West.

The island of Delos was established initially as a holy pilgrimage island when in Greek mythology Leto found refuge there. Her intent was to give birth to her twins Apollo (god of light, harmony, and balance) and Artemis (the moon-goddess). The birth of Zeus’ twins rendered Delos a sacred island, so no mortals would ever be allowed to be born or die on this island. In some versions of this myth, Zeus called on his brother Poseidon to create this island with the thrust of his trident — hence the name Delos. It signifies ‘appearance’ or ‘apparent’ in Ancient Greek.

After 167 BC, as a result of being declared a free port with a central location, all of the commercial activity of the eastern Mediterranean was concentrated on this prospering island. Rich merchants, bankers, and ship owners from all over the world settled here, attracting builders, artists, and craftsmen, who built for them luxurious homes. These homes were richly decorated with hand-crafted frescoes and mosaic floors.

Delos is history itself, hosting a series of monumental antiquities from the Archaic, Classical, and Hellenistic periods. This exemplifies its immense historical influence on art and architecture. Today, Delos is an archeological dig site, hosting around 100,000 touring visitors each year.

While touring this island, Ivan became touched by this rocky island’s rich history as a place of holy pilgrimage, serving as a center of trade and commerce, all while boasting the metropolitan homes of the time. Ivan brought our company, Delos Custom Rugs to life in 2005, and since then Delos continues to prosper because of our artisans and craftspeople and those who seek and appreciate their work.

From luxury home and boutiques to the finest hotels and offices. Delos is the ideal rug and carpet source for creating beautiful spaces. Choose a Delos pattern or go custom. American Made custom rugs and carpets are available in any size and shape and most ship in six weeks or less. 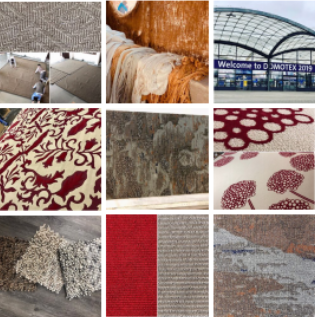